A Better Way to Replicate Your Top Talent

We at the Steve Trautman Company have long asserted that while traditional job shadowing has been a common practice for transferring skills from the knowledgeable employee to a new hire, there are inherent flaws with relying on this method to replicate your top talent:

Job shadowing provides a “let’s hope for the best” scenario, as one of our clients had long experienced. A global online game developer, they wanted to transfer the maintenance and care of one of their most popular games to an offshore team so that their U.S. counterparts could focus on new game development. The traditional method of training offshore employees was to invite them to the U.S. to job shadow for two to four months. When the apprentices think that they are ready, they go back to India and start doing their work.

The Steve Trautman Company was invited to come in and run a pilot to demonstrate how knowledge transfer could accomplish this goal with greater speed, clarity, accountability, and effectiveness. Before we arrived we asked the sponsors of the pilot to help pick an expert and apprentice pair that would be willing to do a real-time knowledge transfer demo while we were at their offices for the kickoff. The knowledge silo they chose was “Game Creative Direction.”

For demonstration purposes, the U.S. Creative Director would serve as the expert, and an offshore team member from India was the chosen apprentice. We booked a 90-minute meeting directly following the team kick-off meeting and invited all kick off attendees and the folks from training to attend.

Steve joined the U.S. expert and the offshore apprentice at the end of a long conference table. Steve was typing in real time and his machine was displayed on the screen for everyone to see. Since this was a demo, Steve worked with the expert to capture 8 skills and filled out a short Skill Development Plan (SDP). He then asked the apprentice to choose one of the 8 skills to learn right then. The apprentice had been coming trying to learn his new job for a couple of months and he picked a skill that he hadn’t been able to master so far. He chose: “Read, analyze and follow-up on readouts.” (Readouts show the data that tracks user behaviors and the guides the technical operation of the game.) On the surface, this just looked like reading a report, but in reality it meant the difference between whether the game would continue to be fun and interesting enough to encourage ongoing play – the direct source of revenue for the franchise.

At this point, Steve rapidly went back and forth from the expert to the apprentice to talk about what expert looks for when working with the daily readouts. He asked the expert to describe what he does and the apprentice to paraphrase. Even though he had been learning the topic for two months and his expert was explaining the concepts to him real-time, the apprentice consistently misstated the goal of analyzing readouts. By asking for a paraphrase, Steve was proving that knowledge was NOT being transferred. And, he was also helping the expert to figure out why:

Steve:  Is he interpreting the information correctly?

Expert:  No, he needs to take a higher view. He is so focused on his current job, looking for errors and “red zone” issues in the readouts; he’s having a hard time understanding that instead of just solving problems and putting out fires in the game, you need to look for long-term trends and interests of the user overall in order to improve the game over time.

At that point, the apprentice had a revelation about what his new position as Creative Director was going to be. He was no longer focusing on individual features and their success, he was now tasked with creative oversight of the whole game. He had to stop thinking from the perspective of his old job and come at the work in a bigger way. Once he had this epiphany, he was able to listen differently the next time the expert explained the work and his paraphrase (what we call “passing the test”) was spot on.

The room was kind of electric and after the session, the managers and apprentices that were in the room were backslapping and talking about how amazing the session was. There was actually applause from the observers when the meeting ended.

Ten minutes later, Steve and I were in the employee kitchen area near the team workspace. The apprentice was loudly talking with a group of fellow offshore colleagues, came over and high-fived Steve, saying that while he had been a skeptic about this process, now he was 100% onboard. Culturally, the off shore team is pretty quiet and reserved, but they were animated and excited by the prospect of actually effectively learning the things they had come to the U.S. to learn.

Summary: Highly technical professionals, perhaps even more so than their business management counterparts, truly appreciate the structure that 3-Step Knowledge Transferprovides. They are able to learn the required skills of new job role quickly, clearly and measurably, with ultimately less stress during the process. 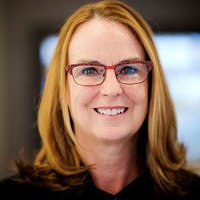 Bridget Jennings comes to The Steve Trautman Co. after many diverse experiences in wide-ranging industries. Bridget has brought her passion, intelligence and business savvy to the project management of museum exhibitions, live events, music, television production, and software development. While at Microsoft Bridget worked as Lead Program Manager on education and entertainment software such as Cinemania, Music Central and Sidewalk, and spent nearly a decade producing and managing popular music concert venues. She has some fantastic stories that she’ll share with you one of these days. While working as a television producer in Minneapolis, she won 2 Emmy awards for her work on a weekly arts magazine show, and recently worked as Senior Project Manager for EMP Museum in Seattle, creating high impact, technically innovative, interactive exhibits about Music, Science Fiction and Popular Culture. She has also worked as Company Manager for the juggling troupe, The Flying Karamazov Brothers, traveling the world, managing logistics, handling finances and bringing silliness to the planet. Bridget loves spending time with her teenage daughter (really), exercising, growing vegetables, and raising service dog puppies.